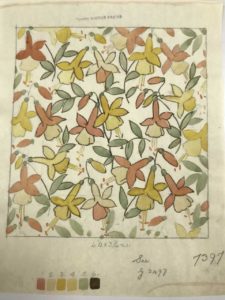 Rosalyn leaned back in her armchair, cradling the cup of Earl Grey. Downstairs in the living room, Beth, her eldest, snuggled up close to her own two children. Rosalyn could hear the sounds of the telly and her family heartily laughing at Edmund Blackadder’s latest exploit. Alone upstairs, she stared at the seat across from her. She still found its emptiness baffling. It was nearly a year since he passed away, and each day was a reminder of how much she missed him. As she sipped her tea, she thought back over the decades of memories they shared, coming back to the one moment that changed her life forever.

It was the summer of mid-1920s London. The sun had finally decided to emerge from behind the grey clouds, casting its radiance over the asphalt streets. It was half-past ten on a weekend morning, and Hyde Park was already swarming with people promenading through the public garden with blankets and picnic baskets. Rosalyn, or, “Rosie”, as she preferred, stood at the entryway, awaiting the arrival of the man who had promised her a “pleasant stroll”.

The 19-year-old wondered what kept her escort; it seemed uncharacteristic of the man. Rosie often joked about Peter’s gift for punctuality, questioning whether he was a mere mortal or a machine with a clockwork heart. His need to be on-time had always amused her, and her amusement made him laugh, not mockingly, rather, his laughter was filled with genuine admiration. He reminded Rosie that he had a no-nonsense father, an army man who had applied strict rules to the task of raising his ménage. “Each tick of the clock is your life slowly wasting itself away,” the 26-year-old would say, mimicking the colonel’s voice, making Rosie laugh.

“I have something for you,” he said, as he arrived beside her, abruptly interrupting her moment of recollection.

“What is it?” asked Rosie, her cheeks turning a soft pink.

“Well, you’ll just have to open it and find out,” he replied, as he smiled and presented her with a plain white box. The young woman nodded shyly. She removed the cover and handed it over to Peter, as a confused smile curled on her face. An elegant dress rested in the box. It was patterned with a floral design; of red, orange and yellow fuchsias, accompanied by bits of tiny green leaves. Rosie looked back at the young man. While most women she knew preferred roses, fuchsias were her favourite. It was on that day, young Rosie Hayes knew deep in her heart that Peter Browning was the man she would eventually marry.

Sash wrote this story as part of Dr Josie Barnard’s Creative Writing course at Middlesex University.  MoDA staff were impressed by the fresh perspective on a Silver Studio design.  Sash made a brilliant creative leap from the design itself to thinking about the fabric that would have been made from this design, and the meanings that fabric might have had for someone.