On these pages we are looking at a series of house brochures and posters from MoDA’s collection that point to some of the narratives that would shape these visions of suburbia. These are as much linked to class and taste as they are to gender. This is because in the 1930s the features of this suburban “ideal” were often a single-family house, the nuclear family, and the separation between gendered spaces.

During the 1920s and 1930s, many suburban houses were built in outer London. In view of the rapidly changing landscape of the city, the suburbs came to represent a lifestyle desired for the growing middle classes, a private pastoral fantasy where you could own your own house away from the bustle of the city. The new semi-detached villas were attractive because they were near the countryside but within the reach of shops, amenities and work.

As you read, here are some questions to think about

Look at this brochure from New Ideal Homesteads, one of the largest country’s largest private housebuilder in the 1930s. What do you make of the front cover image?

Below the title “Homebuilders” is the illustration depicting two figures, a man and a woman, wearing sixteenth century clothing. It seems as if they are colonial settlers, however when you look inside you see advertisements for house freeholds. So what is going on, why use this past imagery? The illustration suggests that the couple are “pioneers” arriving to a “new frontier”. The suburb is the “virgin land” in which they can build a better future together. The male figure, in centre page, is cast as a protector, he is the new homeowner and head of the future family. This symbolic representation asserts a patriarchal order, and also makes problematic references to colonialism.

In the suburbs, femininity and domesticity become interchangeable: men went to the city to work, and women stayed in their suburban homes and were isolated as stay-at-home suburban housewives (Veracini, 345). For example, look at the other brochure, titled “The Bride’s Home” for estates in Kent. It was published by Woman’s Journal for Morrell Builders, and it states:

“Happy indeed will be the bride who starts on life’s greatest adventure in this thrilling house, for the many labour-saving improvements ensure that her home can be run efficiently and without too much hard work”.

Whether through images or text, brochures and magazines generally advised women that their primary duty in life was to manage the household, rear children, and look after their husbands’ needs. These publications contributed to the fixing of gender roles and ‘housewifery’ as women’s mission.

Take a look at these posters advertising Building Societies: what do they communicate?

The images in these posters suggest that it was up to women to create a cosy and ‘ideal home’ to which their husband and children would return. This promotional literature of the 1930s often depicts ‘homemaking as a labour of love’ for women (Giles 2007, 21). Domestic space was being defined as their realm, but how much freedom and agency did they have? 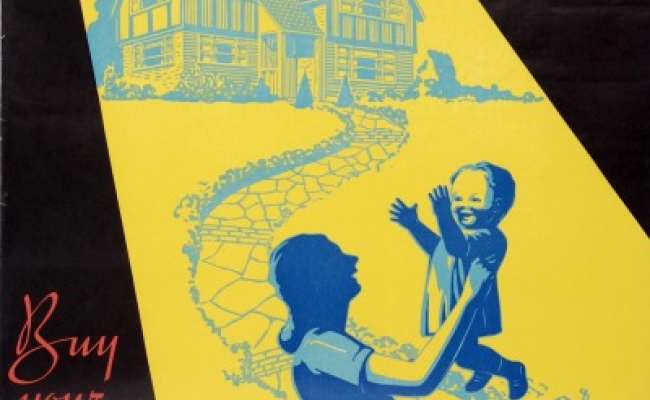 In the Sunshine of Security

END_OF_DOCUMENT_TOKEN_TO_BE_REPLACED 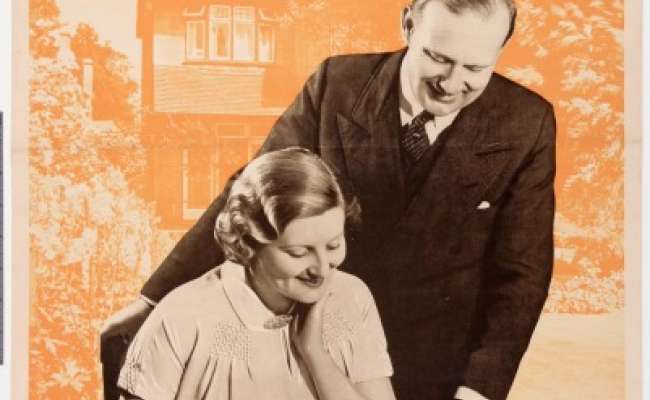 Let’s build it through the Halifax Building Society

END_OF_DOCUMENT_TOKEN_TO_BE_REPLACED 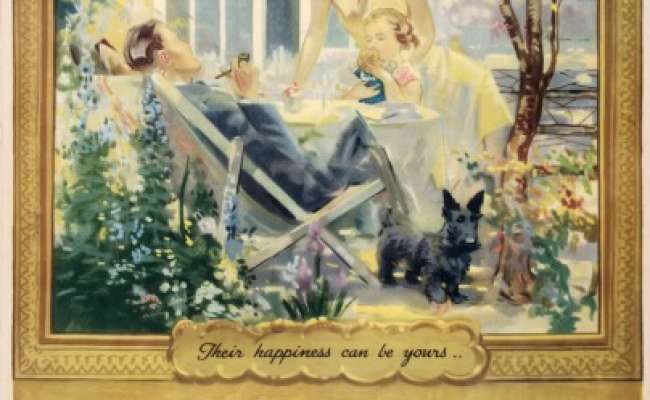 Their happiness can be yours

END_OF_DOCUMENT_TOKEN_TO_BE_REPLACED

Want to read more about this? Have a look at our reading list for some helpful suggestions