MoDA is currently seeking funding to conserve three historic albums of collotypes by pioneering Japanese photographer Kazumasa Ogawa.  These three albums – Lilies of Japan (1893), Chrysanthemums of Japan, (1893), and Some Japanese Flowers (1894) – are remarkable for the beauty of the images and for their close observation of nature. 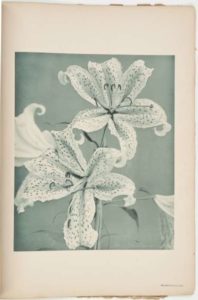 image from Ogawa’s Lilies of Japan

Who was Ogawa and why are these albums important?

Ogawa Kazumasa is well known in Japan as a photographer of scenic beauty spots and cultural heritage.  He was also a war photographer during the Russo-Japanese war of 1904-5.  He is credited with having helped to create a sense of Japanese national identity through the publication of these image.

The three volumes of flower images held at MoDA are much rarer, and are also much less well known in Japan itself. It seems likely that Ogawa produced relatively small numbers of these albums at any one time and that albums of Japanese scenery and customs were more popular than those of flowers.  It is possible that only a handful of the flower albums were ever produced, specifically for the Western market rather than for sale in Japan. MoDA is one of the few public institutions in the UK to hold them. 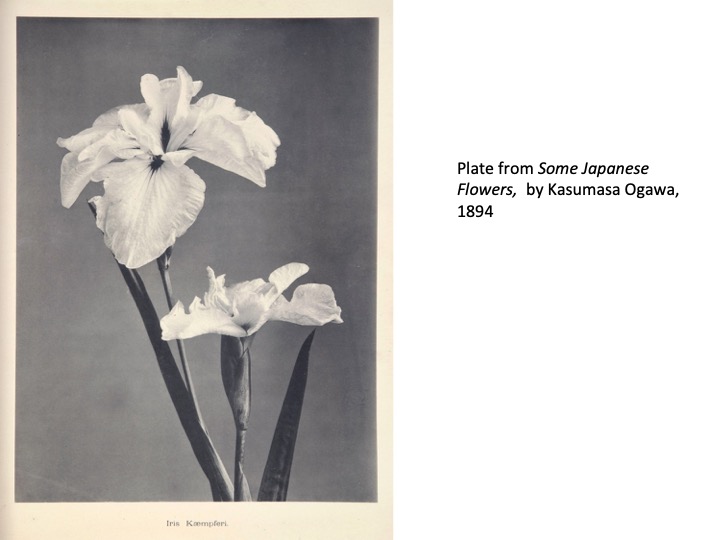 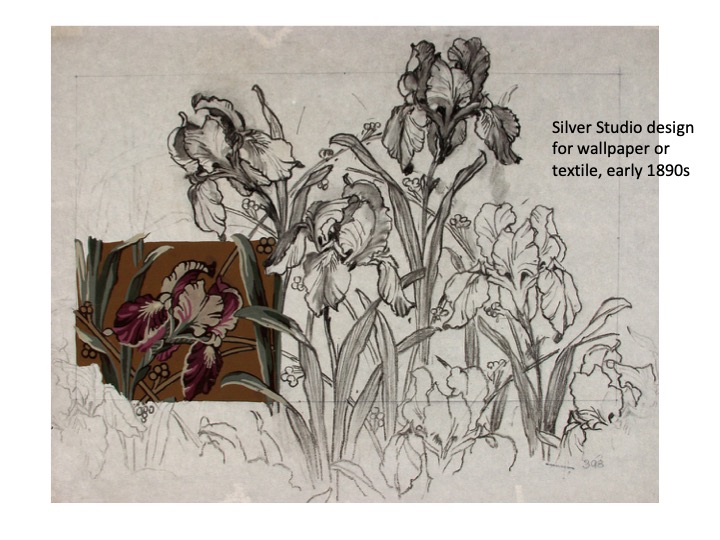 The three Ogawa albums held at the Museum of Domestic Design and Architecture are part of the Silver Studio Collection. They were acquired as design reference and were used as inspiration for wallpapers and textiles.

These albums represent an important, yet currently under-researched area of MoDA’s Silver Studio Collection.  But it is clear that they had an important visual influence on the designers who worked for the Silver Studio (Giralt, 2015; Hendon, 2012).

The collotype process was a form of early photography in which the image is printed using inks rather than as the result of exposure of chemicals to light. Indeed this ability to print collotypes by the hundreds or even thousands was why Ogawa favoured the technique, since he wanted to print high quality images at high volume.

However, for this reason, Ogawa’s collotypes have long occupied an ambiguous position in the minds of curators of photographic collections. Many have regarded albums such as the three held at MoDA as ‘copies’ or mechanical prints, rather than ‘original’ examples of  photographic art. For similar reasons, collotype collections have often been stored in library collections rather than as ‘museum objects’, making it difficult to locate and research them.

In recent years the reputation of the collotype technique has increased, and collotype prints are coming to be recognised for their unique beauty and their contribution to the history of photography more widely.

Why do we need the funding now?

Ogawa has long been overlooked both in Japan and in the West, but his importance and influence is now becoming recognised.  MoDA’s albums are physically fragile and cannot currently be handled by visitors or students. We want to conserve them in order to extend their life, and at the same time to take the opportunity to digitize them.

We’ll be making applications to various trusts and foundations, but if you have any suggestions for likely funding sources please do let us know: moda@mdx.ac.uk

Posted in #Conservation, #Photographs by Zoe Hendon on May 17th, 2019.