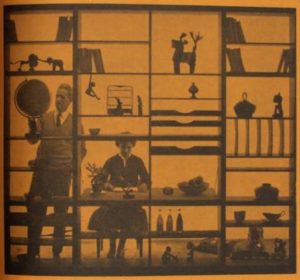 Today we’re taking a closer look at the graphic design of this 1962 furniture catalogue by Finmar.

Finmar was a wholesaler and major importer of Scandinavian furniture to the UK.  It was founded in 1934 by design reformer Philip Morton Shand.

The graphic design of the catalogue mirrors the clean lines, organic forms and a minimalist look of the Scandinavian furniture that Finmar imported into Britain.

By 1954 Finmar was selling furniture to Heals and Liberty, had opened a large showroom on Kingly Street in London, and was importing over 100 ranges of furniture from Scandinavia to Britain.   Designers included Fritz Hansen, Arne Jacobsen and Hans Wegner.

Finmar employed the graphic designer Richard Hollis to design their 1962 furniture catalogue.  By 1962 Hollis was gaining a reputation as an eminent designer and he followed in Finmar’s tradition of working with cutting-edge graphic designers. 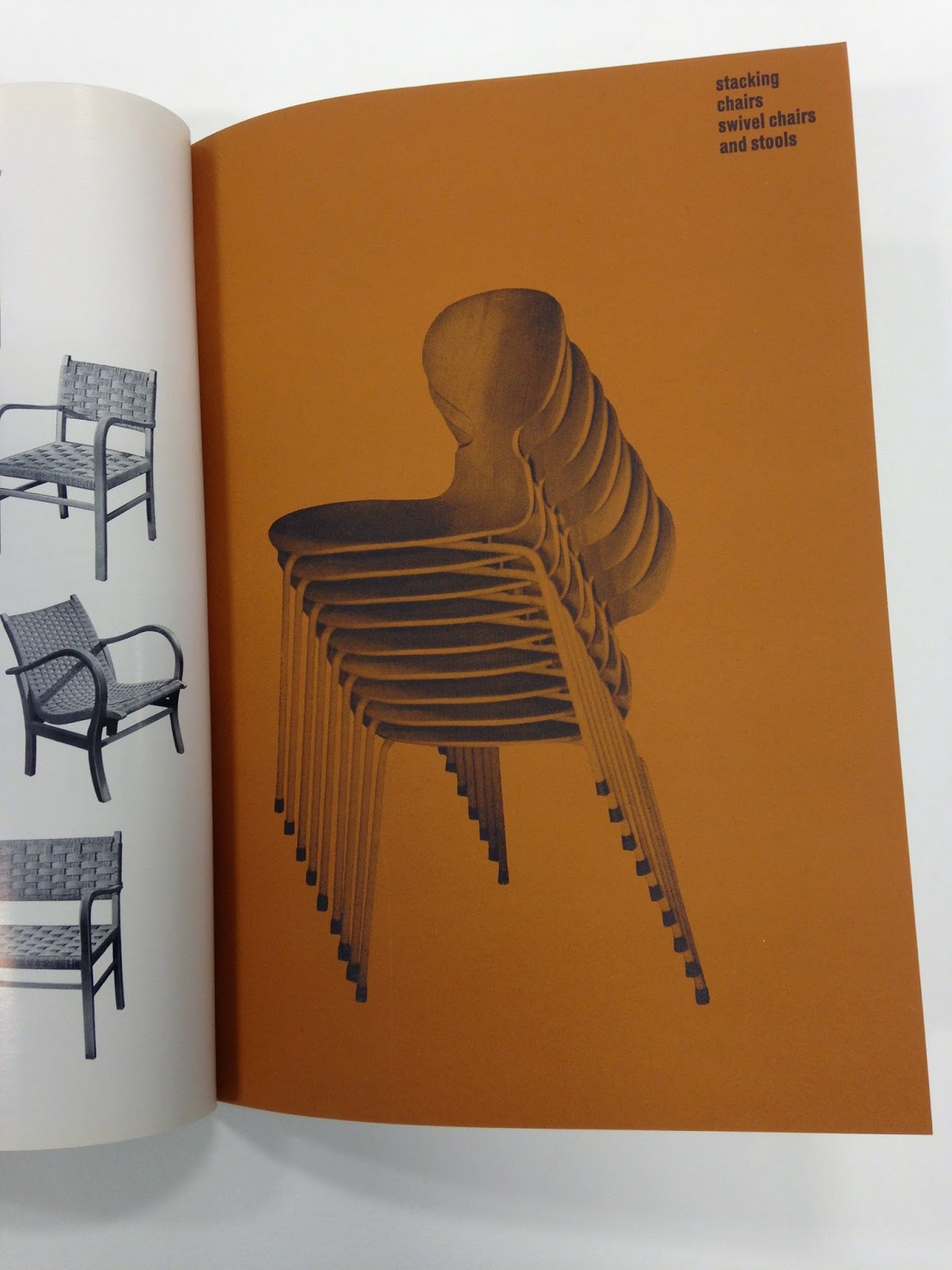 The catalogue was aimed at an audience of architects and buyers and is divided into sections by coloured paper. Each divider features a strong graphic image of Finmar furniture, with the result that components of Finmar furniture appear as abstracts works of art.

Less abstract images – particularly of chairs – are featured too. Images of the furniture appear flattened, emphasising the curvilinear silhouette of the chairs. Each divider of this catalogue is delivered with an arresting image designed to make the viewer stop and pause before moving into the next section. 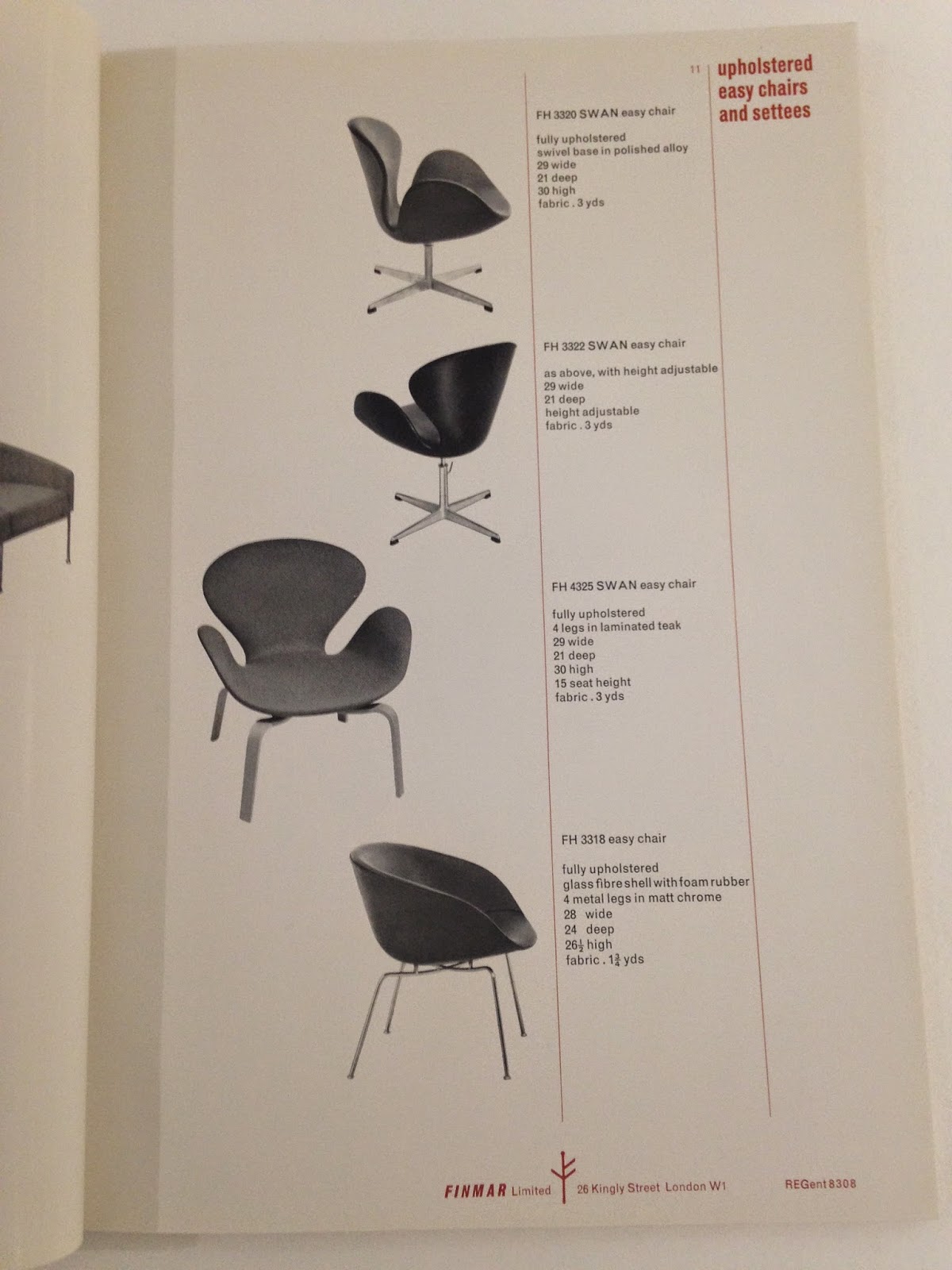 Hollis also carefully considered the listing of the furniture itself. On the page below the chairs are shown at different angles and sizes, so that their positioning on the page gradually draws the viewer’s eye down towards the bottom of the page.

Text, image and layout work together, and the large amount of clear space gives the catalogue a sense of lightness. The fantastic graphic design by Richard Hollis reflects Scandinavian design perfectly.

Finmar flourished during the post-war period with the general public’s growing interest in Scandinavian design.  However its success was short-lived and the firm went into receivership in 1964.

The film Living Finmar charts the rise and fall of the company and features interviews with those involved.  A trailer for the film can be seen below.

Posted in #Ephemera, #Pamphlets&Posters by Mike on January 9th, 2015.