In November 2003, wallpaper fragments from Peterhouse Cambridge were given to the museum. They were discovered during renovations of the college’s dorm rooms and gifted to the museum as a large slab of papers stuck together and scraped off a wall. Serena carried out more research on the ways in which wallpaper was used by students in the nineteenth century, for an article in Nineteenth-Century Gender Studies.

Conservation work on the ‘sandwich’ revealed twelve separate layers of papers which represented over 200 hundred years of wall decoration in the dorm room.

For many years, Cambridge students were able to decorate their own rooms. The variety of patterns in the wallpaper sandwich reflects the choices and style of past students whilst the plainer and more modern fragments is the kind of wall covering more familiar to students of today (plain white woodchip paper!). The graphic below reveals how the layers were built up on top of each other over 200 years.

Peterhouse Cambridge is the oldest college of the university and was founded in 1284 by the Bishop of Ely. It had many eminent past students including Frank Whittle, James Mason and Michel Portillo.

The wallpapers salvaged from this discovery had been hung between 1795 and the early twentieth century. These papers range from delicate florals to stylised, block-printed designs, and provide a microcosmic view of the tastes of generation upon generation of male Cambridge students. The students who lived and worked surrounded by these papers possessed a great deal of autonomy over the decoration of their rooms, repapering and redecorating as they wished without institutional interference. 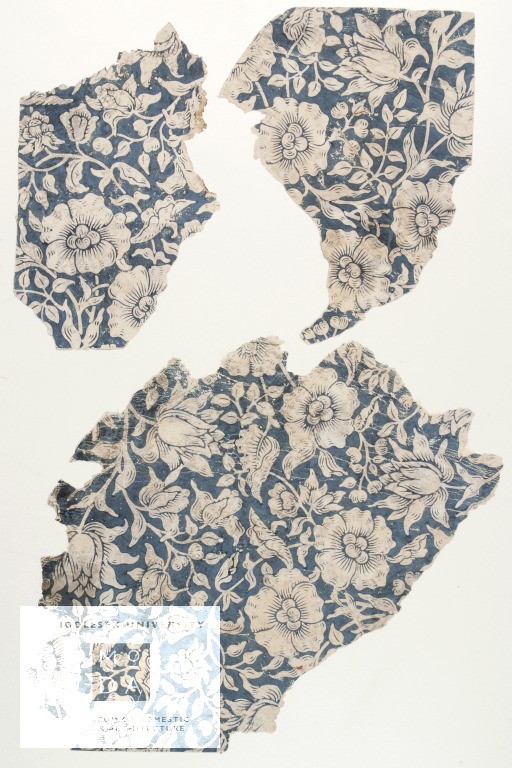 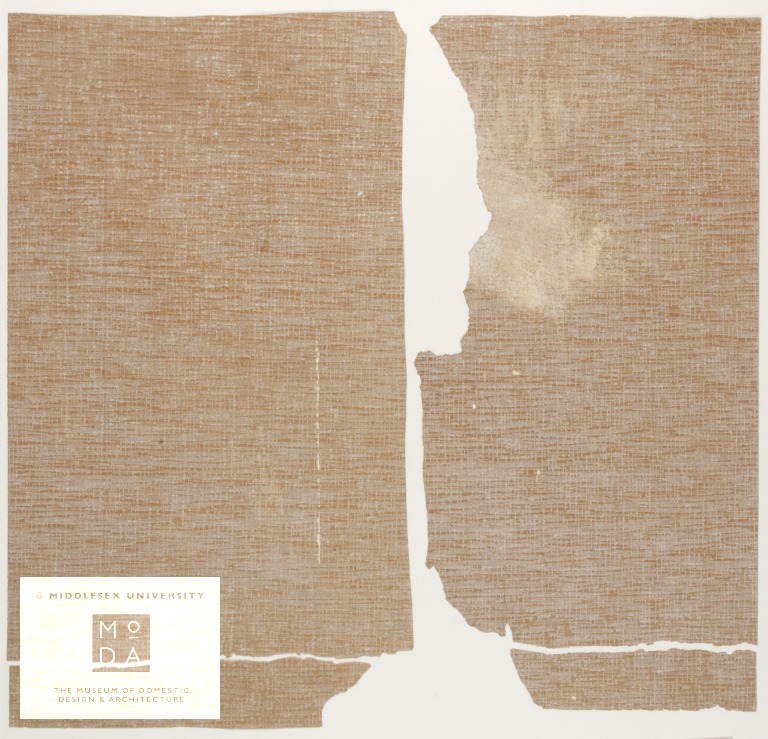 Wallpaper fragment with a pattern of white vertical and horizontal lines on a brown ground, 1930s,Museum of Domestic Design & Architecture, (Badda4689.10)

Students at Peterhouse were able to mimic or defy the aesthetic conventions of their parents’ homes.  They had the freedom to express themselves aesthetically, and to craft a masculine, student identity through their domestic space.

The private rooms of these students represented a domestic haven within the institutional confines of the nineteenth-century university college: a space where students could begin to craft their individual identities as young men.

One Reply to “Serena Dyer: Student style and a wallpaper sandwich”