The Highwayman in the Front Room

Find out what happened when Dick Turpin galloped into Penge... 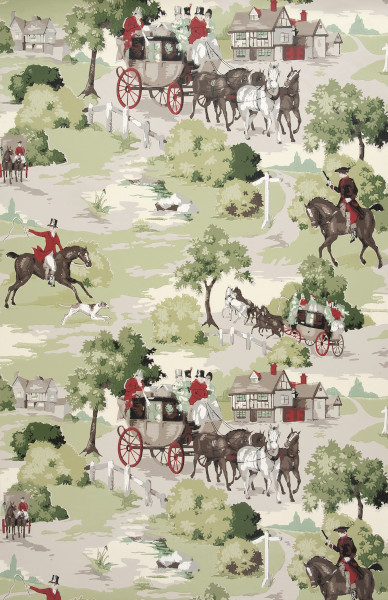 Most museums have acquisition policies to define what they consider suitable donations (the Natural History Museum are unlikely to accept a Vivian Westwood ballgown but they might suggest the prospective donor try their neighbour, the V&A). At MoDA we are interested in objects related to the history of domestic design and architecture, which are in good condition and come with contextual information (a background story) or connections to known designers or companies.

Earlier this year we received an offer that ticked every box for us (except for the one about a known designer): A late 1960s wallpaper in perfect condition with an interesting back story about a home, a family and a particular DIY incident. Today’s blog post is about the newest addition to MoDA’s collection: A Dick Turpin the highwayman themed wallpaper from the 1960s.

The paper was acquired in the late 1950s by the donor’s father: Peter Joseph Brown. He picked it up in a sale at Olby’s, a sanitaryware shop on the high street in Penge, London. He decided to use the paper in the front room of his home at 13, Raleigh Road, Penge, SE20 which was a terraced, two storey dwelling with two bedrooms and a little garden.

The donor recalls that as soon as the paper went up, the family (Peter’s wife and daughter) realized it was a mistake. However he persevered and completed it. The room was photographed by Jack Warner – an employee of a camera shop where Peter’s wife worked as a cleaner. 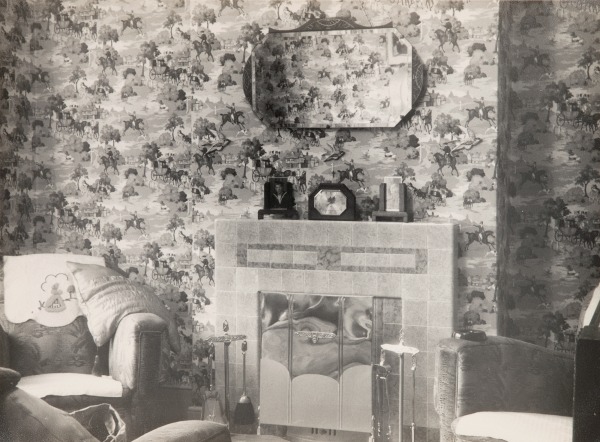 Photograph of the front room at 13, Raleigh Road, Penge by Jack Warner, around 1960, Museum of Domestic Design & Architecture, (BADDA4865.1) 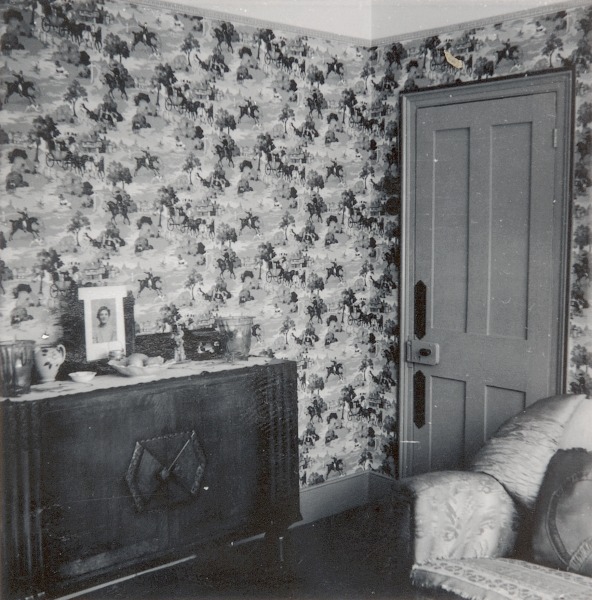 Photograph of the door into the hall, from the front room at 13, Raleigh Road, Penge, around 1960, Museum of Domestic Design & Architecture (BADDA4865.2)

The reflection in the mirror above the mantle confirms that the room was papered wall-to-wall with the Dick Turpin wallpaper. No wonder the donor remembers how claustrophobic the whole thing felt.

The front room was on the lower floor and was used only on high days and holidays and was freezing until the fire had been lit. The photograph also shows part of the green three-piece suite in the room, the fireplace, anti-maccassars and some ornaments on the mantle – including a photograph of the donor’s uncle in army uniform.  She also gave us three other photographs including one showing a sideboard in the room. 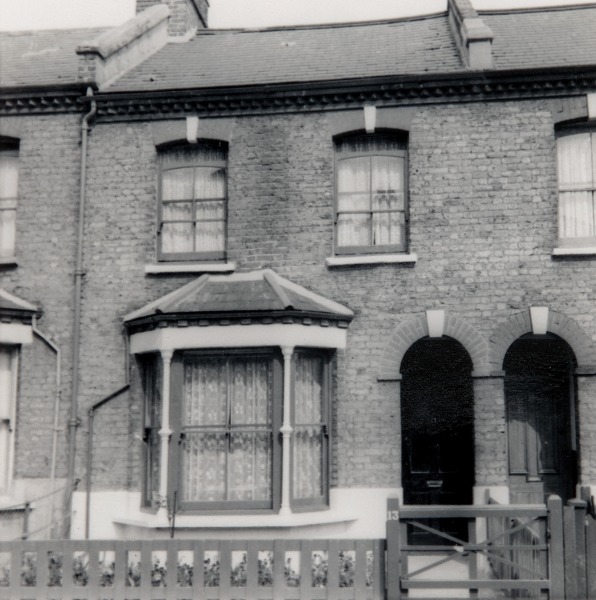 Photograph of 13, Raleigh Road, Penge, around 1960, Museum of Domestic Design & Architecture (BADDA4865.3) The bay window with the netting curtains is the one for the front room shown in the photographs above.

No one ever spoke out about their dislike of the paper, however a year later Peter re-did the room again with a lighter, less busy wallpaper. Left over rolls of the Dick Turpin wallpaper were used for an inside loo in the house of an aunt who lived over the road, and some were kept by the family. Peter passed away in December 1960.

We can’t accept everything we are offered because we don’t have unlimited space.  But we understood how significant this offer by Peter Joseph Brown’s family was. We see it as one of the more special papers in our collection now. Along with the photographs and other documents supplied by the donor, we have been able to recount the story of how the wallpaper was used. We also appreciate how this story challenges the assumptions we have made about the way consumers use wallpaper and what designs belong in what parts of a home.

5 Replies to “The Highwayman in the Front Room”